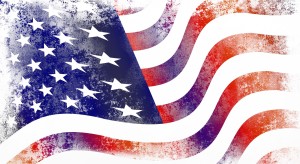 The President shall issue each year a proclamation designating the first Thursday in May as a National Day of Prayer on which the people of the United States may turn to God in prayer and meditation at churches, in groups, and as individuals.

Each year since the bill was passed, the President has signed a proclamation encouraging all Americans to pray on that day.

While there have been many times throughout our nation’s history that prayer and a reliance on God have been needed, we are perhaps in a time when that prayer is more sorely needed than ever before. This nation has turned its back on God. Prayer and the Bible are not allowed in schools. Millions of innocent lives are lost each day to abortion. Recently, a comedian joked about abortion at a White House correspondents dinner, eliciting laughter from some of those in attendance. Our sense of morality has greatly declined. When our country was attacked on 9/11/2001, many turned to God to seek His help and comfort. Church attendance increased but, as the distance of time pushed the memory of 9/11 into the past, that attendance went back to normal and is now in a state of decline.

After Solomon built the Temple in Jerusalem, God appeared to Solomon at night and told him that He had chosen the Temple to be the place where sacrifices would be made, the place where His presence would dwell. God told Solomon that if His judgment should ever fall on the nation of Israel, all they would need to do would be to turn to Him in prayer with humility and repentance; they would receive His forgiveness, and their land would be healed (2 Chronicles 7:11-14). In the New Jerusalem Bible, verse 14 reads:

“if my people who bear my name humble themselves, and pray and seek my presence and turn from their wicked ways, then I will listen from heaven and forgive their sins and restore their country.”

America needs God. It needs to be restored by God. It needs revival, and the church must be at the forefront. There is a greater need than ever for the people of God to lift up their voices as they cry out to Him in prayer for our country. When Jesus paid the price for our sins by His sacrificial death on the cross, the curtain of the Temple was torn in two. No longer was the Temple the place where God’s presence would dwell. He now dwells in the hearts of believers (1 Corinthians 3:16). In 2 Chronicles 7:15 (NET), regarding the Temple, God told Solomon that He would “be attentive and responsive to the prayers offered in this place.” Since the Temple of God is now in the hearts of believers, we can be sure that He will be attentive and will respond to the prayers we lift up on behalf of our nation.