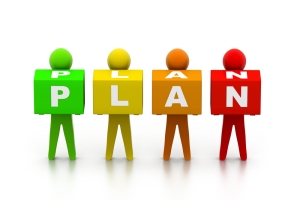 In the 90’s, I began writing stories for children. I dreamed of one day being a published author, seeing my children’s books on the shelves of Barnes & Noble or on Amazon.com. When shoulder surgery forced to give up my jobs as a personal trainer and aquatic fitness professional, I found myself with plenty of time to write. I wrote some stories and submitted them to publishers, but they were not accepted for publication. But it was still my dream to be a published author, so I kept at it until the day that I felt God revealing that He had different plans for me.

I had been journaling for some months when I felt that God was telling me to create a blog and share the thoughts He was giving me with others. I created this blog, A Worshiper’s Journal, and began to share those thoughts with all who come across the site. After writing the blog for a while, I began to think, “Maybe my dream to be published is not in the children’s book genre. Maybe it’s in writing devotional books to encourage other believers.” I began looking more deeply into God’s Word and started to feel that I needed to study it more. And that’s when I learned where my dreams, my plans, differed from God’s. His plan was not for me to be a published writer, at least not right now. His plan is for me to channel my talents and abilities into ministry. And so, I began studying for ministry.

Sometimes, our plans and God’s plans for our lives can be very different. Look at David. When David was settled in his palace and God had given him rest from his enemies, David was troubled by the fact that he lived in a house of cedar, but God’s house, the place in which the ark of God resided, was a tent (2 Samuel 7:1-2). David’s plan was to build a house of cedar for God. So David brought the idea to Nathan the prophet, who agreed with it and told David that he should do what he planned, since God was with him (2 Samuel 7:3).

But that night, God spoke to Nathan and revealed that it was not His will for David to build Him a house. In fact, God pointed out that He had never asked for a house to be built for Him. God had other plans for David. David would continue to shepherd God’s people, setting a godly example for them, and his kingdom would endure forever before God. David’s son, Solomon, would build a house for God, a temple (2 Samuel 7:8-16). And David’s kingdom would reign forever because one day, from the house of David, the Messiah, Jesus Christ, would be born.

When God’s plans for our lives don’t match up with our own plans, we may feel disappointment as David surely did when he was told that he would not build a house for God. But, God’s plans are sure to be better and greater than any plans that we can make on our own. And we can be sure that, as it says in Jeremiah 29:11, the plans that God has for us will never harm us. They will prosper us. They will give us a hope and a future beyond that which we could ever plan or dream for ourselves.