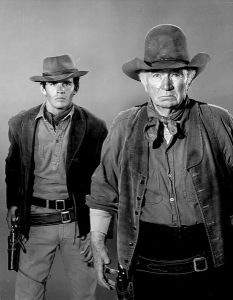 In the late 1960’s, the veteran character actor Walter Brennan starred in a television western series called “The Guns of Will Sonnett.” Brennan played the title character who, along with his grandson, Jeff, was searching for his son, James, who had disappeared at the age of seventeen. Will Sonnett was a man who was quite adept when it came to shooting, something that he often made known to strangers. In the very first episode, Sonnett told someone that his missing son was an expert with a gun, that his grandson, Jeff, was even better, and that he himself, was better than both of them. And then he added what would become a catchphrase, “no brag, just fact.”

Bragging, or boasting, is speaking of our own deeds or our own abilities in such a way that indicates a spirit of pride or self-satisfaction, and it is something that Scripture instructs us to avoid. Proverbs 27:1 in the New Living Translation says, “Don’t brag about tomorrow since you don’t know what the day will bring. Let someone else praise you, not your own mouth— a stranger, not your own lips.” In this verse, it’s quite clear that we should not make presumptions about our future by boasting about it since we really don’t know what the future will bring in our lives. And we should steer clear of self-promotion.

In Jeremiah 9:23, the Lord says that, if we are wise, we should not boast about our wisdom. If we possess great strength, we should not brag about how strong we are. And, if we are blessed with riches, we should not boast about how rich we are. Boasting is a form of pride, and Scripture tells us that pride takes us down a road that leads only to destruction (Proverbs 16:18). Instead of boasting about ourselves, about how much we know, how much we can do, or how much we are worth, we should heed the words of the Lord in Jeremiah 9:24. We should boast in the Lord, in the fact that, because of His great mercy and grace, we are able to understand Him and know Him.

As it says, in 1 Corinthians 1:31 (NLT), “If you want to boast, boast only about the Lord.” Boast about how much He loves us, boast about His faithfulness towards us, boast about the grace and the mercy He bestows on us. To these things, we can add the words of Will Sonnett: “No brag, just fact!”