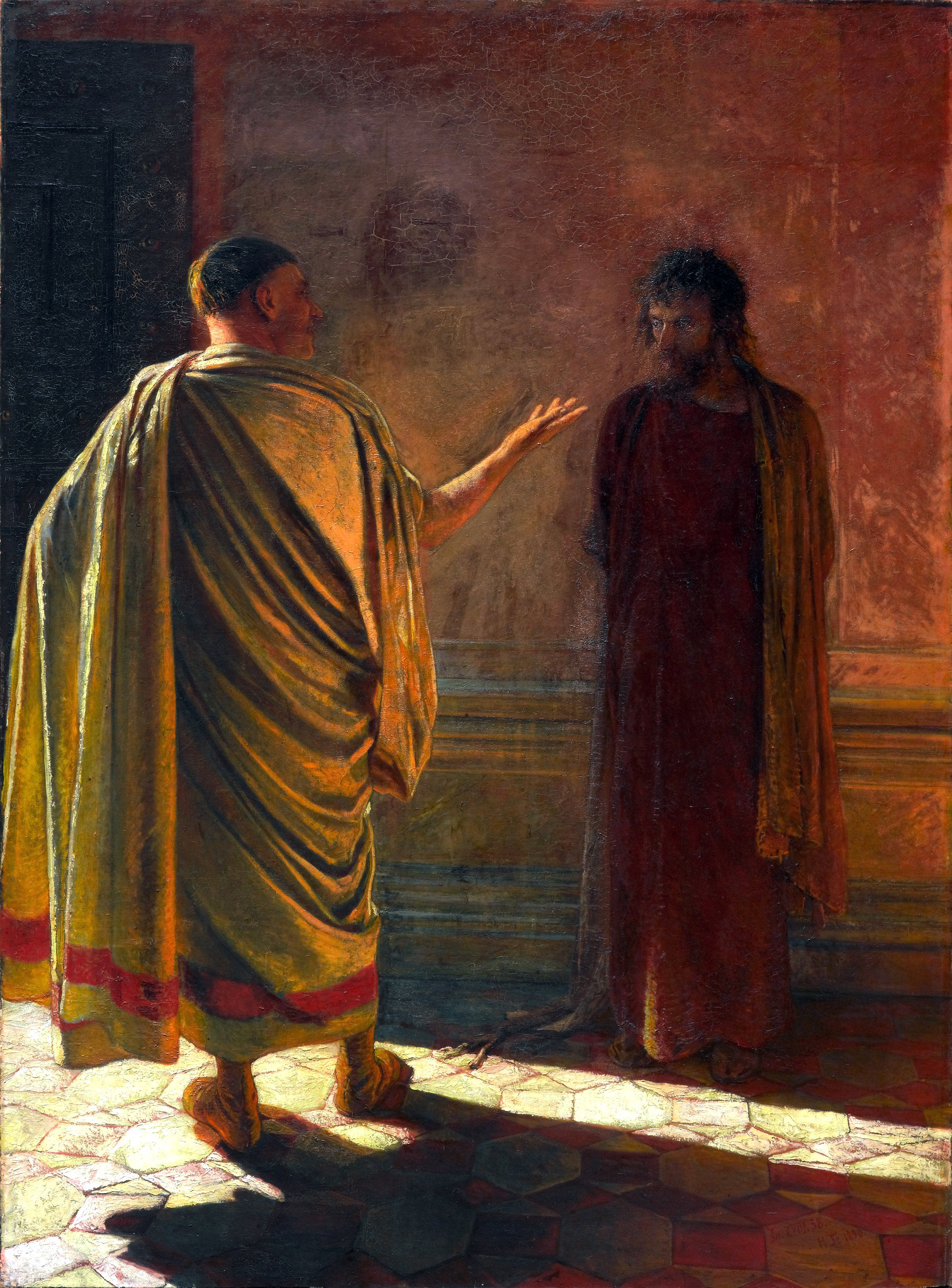 What is truth? Truth is sometimes defined as a fact or belief that is accepted as true. When you consider that definition, truth can actually be considered subjective. What’s true for you may not be true for me. What’s true for one country may not be true for another country. And because truth, as we define it, is so subjective, it can lead to disputes and even wars as one person or country seeks to defend its truth against that of another. So, if truth is subjective, is there an absolute truth? So again, we have the question. What is truth?

Pontius Pilate asked that same question when Jesus stood before him, having been brought to the Roman governor by the Sanhedrin to be tried and, ultimately, put to death. In John 18:37 (NLT), Pilate had asked Jesus if He was a king, to which Jesus replied, “You say I am a king. Actually, I was born and came into the world to testify to the truth. All who love the truth recognize that what I say is true.” Pilate responded by asking, “What is truth?”

The fact that Pilate did not wait for an answer probably indicates that he did not believe it was possible to know the truth. He likely believed that truth was a matter of opinion, something that can’t be proven. He certainly did not recognize the fact that the truth was standing right in front of him. Jesus is the Word of God (John 1:14) and, since God cannot lie (Titus 1:2; Hebrews 6:18), all of God’s Word is true (Psalm 119:160; John 17:17). Jesus Himself tells us that He is the way, the truth, and the life, and it is only through Him that we can come to the Father (John 14:6).

Ever since the fall of man and the introduction of sin into the world, the world has had a distorted view of truth. But God sent Jesus into the world to pay the price for our sin. When we come to Jesus, when we believe in who He is, what He did for us, and we turn from our sin to follow Him, we will know that Jesus is the truth, and the truth that is Jesus is the truth that will set us free (John 8:32). Jesus was able to pay the price because He is without sin. After asking Jesus what truth is, Pilate went out and spoke to the crowd, declaring that he found no guilt in Jesus. In other words, Jesus was innocent. In declaring that, Pilate was speaking the truth.

If you are looking for the truth, look no further than the Word of God, the absolute truth.